The above quote is one of my favorites.

I know that we’re in the “money” business, but there are still a number of what my friend Dan Kennedy would call “sack cloth and ashes” type even in the business of financial planning.

Anyway a bit of a “back-story” – when young I wanted to be a rock concert promoter and World Kickboxing Champion. A high school teacher helped me become fascinated with the music business. Now, don’t misinterpret. Although I took guitar lessons for awhile, I ended up dropping out for Karate. Pretty sure I wasn’t destined to be Eddie VanHalen! I’m not a performer; I wanted to be the manager. On the manage the group, sell the music, promote the show side of the business.

Anyway the desire to be a kick-boxing champion evolved from my love of Karate and direct ties to the key champions and founders of that particular sport. And, I had quite a bit of talent as well.

The music thing was altogether different. I was reading about, learning about, and working to develop a skill at the “business of music.” Helping organize a band to put music to lyrics, hoping to sell them. Recording demos and pitching them to the regional radio stations in Oklahoma. Traveling to Nashville and other areas hoping to sell either the band as performers, but more importantly the songs to someone who could produce a hit.

I had once very interesting conversation with Nils Lofgren (who is now in the Rock Hall as a member of the E Street Band, also of “Grin” and Neil Young’s Crazy Horse.) He is also a martial arts buff who was teaching myself and Jeff Smith guitar (well, trying to teach us.)

I remember the band that I had assembled explaining that they didn’t want to be “too commercial” and me paraphrasing back something to the effect of “oh, you want to continue to be broke? Then why am I managing you (for a percentage of something I had hoped)?”

All of this comes to mind since I went to the Alanis Morrisette concert (along with “Garbage” – a band, not a commentary.)

It was a bit of a surreal experience.

Maybe I’m just too old, but I don’t think so.

It was a strange experience in a few ways.

During the break there was a constant plea to text Alanis (number and message to be sent projected on screen) if you don’t like “misogyny”. (I guess assuming that some Americans do? Perhaps assuming that most/many males do? I don’t know). I’m not sure what not liking something that’s obviously reprehensible is going to accomplish, but I’m guessing a few thousand, mostly women, texted Alanis for some reason.

And, then a plea for money – because didn’t you know most music producers and engineers (you know those folks who do the technical stuff to make recordings) are men – in, I guess, a ration of 98%-2%. No mention of raising money for more roadies, gaffers, truck drivers, etc. who I assume are also mostly men. I’d guess because they don’t get paid all that well and, you know, well, it’s a dirty – ugly job.

The slide proclaimed that “equity” requires 50% of producers and engineers be female (although, I’m still guessing they could care less about roadies, etc.)

The ugly truth in all performance arts (& sports) is that very few make it in any aspect of that business – short of usher or ticket taker – or, I guess roadie. It’s incredibly unlikely that anyone entering that business will ever be anything more than waiter or waitress with a demo trying to sell it.

Alanis isn’t in the 1% in that industry I’d say somewhat more like the .0001%. And, by the way that’s as it should be – there certainly are MANY horrible singers and lousy writers.

That’s where I get lost.

We seem to me to be founded as a country that’s supposed to (and, yes I know it doesn’t always work smoothly) provide equal OPPORTUNITY to success. No guarantees of outcome. That should go to the .0001% like Alanis who write something remarkable and then perform it in such a way that millions love it.

Seems like many industries are getting fixated on “equity” and “diversity,” or said another way equal outcomes rather than equal opportunity. That seems to me to be running off the rails with regard to what really makes things work.

I couldn’t help but notice a bunch of folks running around between bands and while the performance was going on setting up, tearing down, handling guitars, even operating lights and a sound board. Another group looking rather bored working as security to protect singer and band from the crowd. All men. All likely poorly paid, ugly jobs, many of them living like gypsies for the tour, sleeping in the buses during the day and doing tear downs and movement at night.

Again, no attempt to collect money to get that magical 50%/50% outcome for those roles. Interesting.

Then there was the band – well, two that I saw. Both female lead singers. I know Alanis writes most of her songs – not sure with the other band. Both bands all men other than the singers. By the way, the singer/song writer makes big bucks when they get hits. The session guys, and touring professionals perhaps better than working a normal “day job” but, they’re not banking the big bucks like Alanis.

How did the money fall out?

Well, you have venue, promoter, all the various mouths that get fed but, seriously Alanis must be raking it in. The rest of the band – likely paid like any other similar gig but, you know they weren’t the draw that sold the tickets, that didn’t write the music, metaphorically their “name isn’t on the door”. Again, as it should be.

Just food for thought on what I know is a strange diversion.

I was watching a fabulous interview with Ann and Nancy Wilson (Heart,) in it I believe Ann said something profound. She said when the Beatles hit big in the United States that all of her friends wanted to date them. She and Nancy wanted to be them. Big difference.

And, no worries that Alanis has an all male band even with all the interesting feminist stuff. Good luck finding a kick-ass female lead guitar, bassist, and drummer. Nita Strauss who tours as lead guitar for Alice Cooper’s is likely busy as is Ann Wilson. I’m sure there are more but, again if you’re a superstar like Alanis I’m guessing you want the best available so that you look good not a bunch of diversity hires.

Again, seems like when I was in high school all of my male friends were wanting to be a rock star – dabbling (as was I) with a guitar or with drums. The girls interested in being rock star (like Ann & Nancy or, Alanis were few and far between – and, I’m guessing those hoping to be Eddie VanHalen, Jimmy Hendrix, or Jimmy Page fewer and farther between still.

And, I must say what a surreal experience to be in an arena with 10,000+ women all singing at the top of their lungs and dancing intently to the ultimate “crazy ex” song – perhaps of all time.

Why I’m here, to remind you, Of the mess you left when you went away. It’s not fair, to deny me, Of the cross I bear that you gave to me. You, you, you oughta know.

I was picturing about 10,000 Glenn Close’s from Fatal Attraction. Oh well, it’s a strange world.

It does seem like our industry is driving off that same cliff in a number of ways, but that’s for another day.

By the way a great book from a perspective of a financial planner is “You Never Give Me Your Money” by Peter Doggett. It’s all about the finances of the Beatles (APPLE) after the break-up. It’s EXTREMELY painful, but entertaining where the money was going and how badly they needed an “adult in the room” planning the finances.

If you enjoy my “Rants” occasionally, or are just willing to indulge while picking up some REALLY valuable tips on growing your practice and being a Maverick then track down my podcast on ALL of the Major Platforms or, click the link to be listen to them from our website:

Oh, and P.S. Yes, I know that “I’ll get mail” on this one. Feel free to vent to your hearts content if you somehow don’t see the “IRONY” in all of this with as much humor or confusion as I do. Better yet, go yell at someone else on Twitter. People who hang out there enjoy that, or so I’m told. I broadcast but don’t “receive” on those platforms. 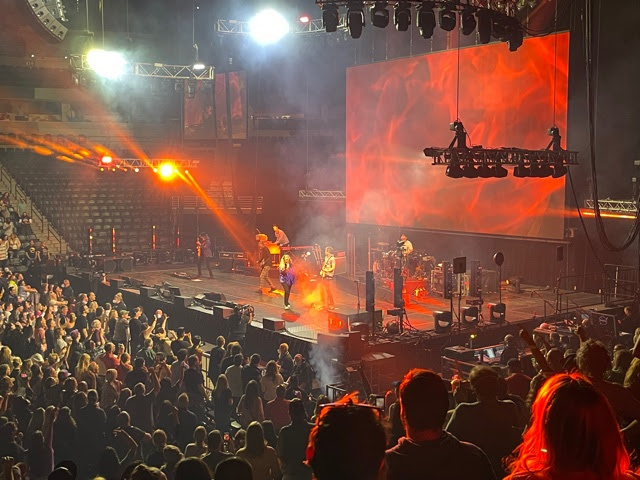 Complete form to get Instant Access to the free training course, books, and 1 on 1 coaching session.